All Chatham hotels have remained open throughout the pandemic. For the 39 comparable hotels owned as of December 31, 2020, RevPAR declined 60 percent to $47, compared to the 2019 fourth quarter. Average daily rate (ADR) decreased 34 percent to $104, and occupancy dropped 40 percent to 45 percent.

The following chart summarizes the consolidated financial results for the three and twelve months ended December 31, 2020 and 2019 based on all properties owned during those periods ($ in millions, except margin percentages and per share data):

The below chart summarizes key hotel financial statistics for the 39 comparable operating hotels owned as of December 31, 2020 (does not include hotels sold in 2019 and 2020):

“Obviously, 2020 was the most challenging lodging environment in history,” commented Jeffrey H. Fisher, Chatham’s president and chief executive officer. “From owners and operators having to make very difficult decisions with respect to employees and how we serve our guests to significantly reducing or eliminating dividends to stress testing all facets of our business while seeing equity share prices plummet, to say things were tough would be an understatement. Since the outset of the pandemic, to preserve long-term shareholder value, we focused our efforts on the following:

“We were able to execute on these essential points, and for that, I am thankful to all of the employees of Chatham and Island for their above and beyond efforts during 2020,” Fisher stated. “Despite a global pandemic, we generated positive Adjusted EBITDA for the full year, we paid all debt service which includes principal amortization of $9 million, our net debt only increased $8 million and our leverage ratio slightly increased from 34 percent to 36 percent based on the ratio of the company’s net debt to hotel investments at cost.

“Operationally, Chatham continued to generate some of the best operating metrics of all lodging REITs during 2020, supporting our longstanding belief that our platform working alongside Island Hospitality is the best among lodging REITs. Examples of some incredible results in the midst of a global pandemic include:

“Our outperformance is a testament to great portfolio attributes, high-quality, extended-stay hotels and premium-branded, select-service hotels in locations that generate room revenue from diverse demand sources. Chatham has the largest concentration of extended-stay rooms of all lodging REITs. For years, we have touted the benefits of a portfolio such as ours through all phases of a lodging cycle, and our performance over the past year certainly proves that. As COVID-19 vaccinations roll-out across the United States and the world, we expect travel to rebound meaningfully in the second half of the year and into 2022 and 2023, and we believe that we will reach cash flow breakeven levels sooner than most other lodging REITs,” Fisher concluded.

The below chart summarizes monthly RevPAR statistics by month for the company’s 39 comparable hotels:

Approximately 80 percent of Chatham’s hotel EBITDA is generated from its Residence Inn and Homewood Suites hotels. Chatham has the highest concentration of extended-stay rooms of any public lodging REIT at 58 percent. Fourth quarter 2020 occupancy, ADR and RevPAR for each of the company’s major brands is presented below (number of hotels in parentheses) and based on the hotels owned as of December 31, 2020:

The below chart summarizes key hotel operating performance measures per month during the 2020 fourth quarter and for the three months ended December 31, 2020. RevPAR is for the 40 comparable hotels for October and November and 39 comparable hotels for December. Gross operating profit is calculated as Hotel EBITDA plus property taxes, ground rent and insurance (in millions, except for RevPAR):

In late November, Chatham completed the sale of the 192-room Residence by Marriott San Diego Mission Valley for $67 million, or approximately $349,000 per room, to the San Diego Housing Commission (SDHC). Proceeds from the sale were used to repay the $27 million mortgage on the hotel. After sales related expenses, including Marriott termination fees, remaining net proceeds of approximately $38 million were used to repay credit facility borrowings.

“As we have always strategized, we aim to be opportunistic with respect to acquisitions and dispositions, and this sale checks all the boxes for a successful transaction,” emphasized Dennis Craven, Chatham’s chief operating officer. “This was very attractive pricing as the price equates to an approximate 6.5 percent capitalization rate on 2019 net operating income. Using the proceeds to pay off a mortgage that was maturing in 2023, as well as a meaningful amount of our credit facility, significantly enhances the strength of our balance sheet and provides us with meaningful liquidity to weather the pandemic or be opportunistic with respect to acquiring hotels at a discount where we see substantial upside.”

In December 2020, Chatham amended its credit facility. This amendment follows the previous amendment completed in May 2020.

Key terms of this amendment, which are applicable during the waiver period, are as follows:

“We deeply understand our responsibility to protect long-term value for our equity holders,” commented Jeremy Wegner, Chatham’s chief financial officer. “Through our strategic actions both at the hotel and corporate level, as well as with this amendment, we have further solidified our financial position which should propel Chatham to emerge from the pandemic healthier than many of our lodging REIT peers.”

In addition to the hotel sale and the credit facility amendments, Chatham has taken aggressive corporate actions to mitigate the operating and financial impact of the COVID-19 (coronavirus) pandemic in an all-out effort to protect its balance sheet, preserve its liquidity and minimize cash burn. Some of the major steps include:

The below chart summarizes key financial performance measures for the three months ended December 31, 2020. Corporate EBITDA is calculated as hotel EBITDA minus cash corporate general and administrative expenses and is before debt service and capital expenditures. Debt service includes interest expense and principal amortization on its secured debt (approximately $2.3 million per quarter and $9.0 million in 2020). Cash used before CAPEX is calculated as Corporate EBITDA less debt service. Amounts are in millions, except RevPAR. RevPAR is for the 40 comparable hotels for October and November and 39 comparable hotels for December.

Chatham has estimated liquidity of $136 million, including cash of approximately of $21 million, as of December 31, 2020, and remaining borrowing capacity on the credit facility of $115 million.

During the 2020 fourth quarter, the company substantially completed the renovation of the Residence Inn in Anaheim, Calif., including the addition of a new bar. The company commenced and completed two renovations during 2020. During 2020, Chatham’s capital expenditures were approximately $14.5 million on existing hotels, excluding the Warner Center development.

During 2021, Chatham expects capital expenditures of $6.3 million, excluding any spending related to the Warner Center development since the development is fully funded by a construction loan. Chatham does not intend to complete any renovations in 2021.

Chatham is developing a hotel in the Warner Center submarket of Los Angeles, Calif., on a parcel of land owned by the company. The company expects the total development costs to be approximately $70 million, inclusive of land of $6.6 million. Including land, the company has incurred costs to date of approximately $43.7 million. Construction is ahead of the previously announced schedule, and the hotel is expected to open during the 2021 fourth quarter.

Chatham’s leverage ratio was approximately 35.8 percent on December 31, 2020, based on the ratio of the company’s net debt to hotel investments at cost, which now excludes the investment in the Inland joint venture. The weighted average maturity date for Chatham’s fixed-rate debt is March 2024.

Chatham paid 2020 dividends of $0.22 per common share during the first quarter and has suspended its monthly dividend. Although not expected, any dividend required for Chatham to maintain its REIT status for 2021 will be declared in the 2021 fourth quarter and paid in January 2022. Pursuant to its amended credit facility, any dividends paid would include a cash component no greater than the minimum percentage allowed under the Internal Revenue Code.

Due to uncertainty surrounding the impact of the pandemic on the hotel industry, the company is not providing guidance.

Chatham Lodging Trust is a self-advised, publicly traded real estate investment trust focused primarily on investing in upscale, extended-stay hotels and premium-branded, select-service hotels. At December, 31, 2020, the company owns interests in 85 hotels totaling 11,848 rooms/suites, comprised of 39 properties it wholly owns with an aggregate of 5,900 rooms/suites in 15 states and the District of Columbia and a minority investment in the Innkeepers joint ventures that owns 46 hotels with an aggregate of 5,948 rooms/suites.

Logos, product and company names mentioned are the property of their respective owners. 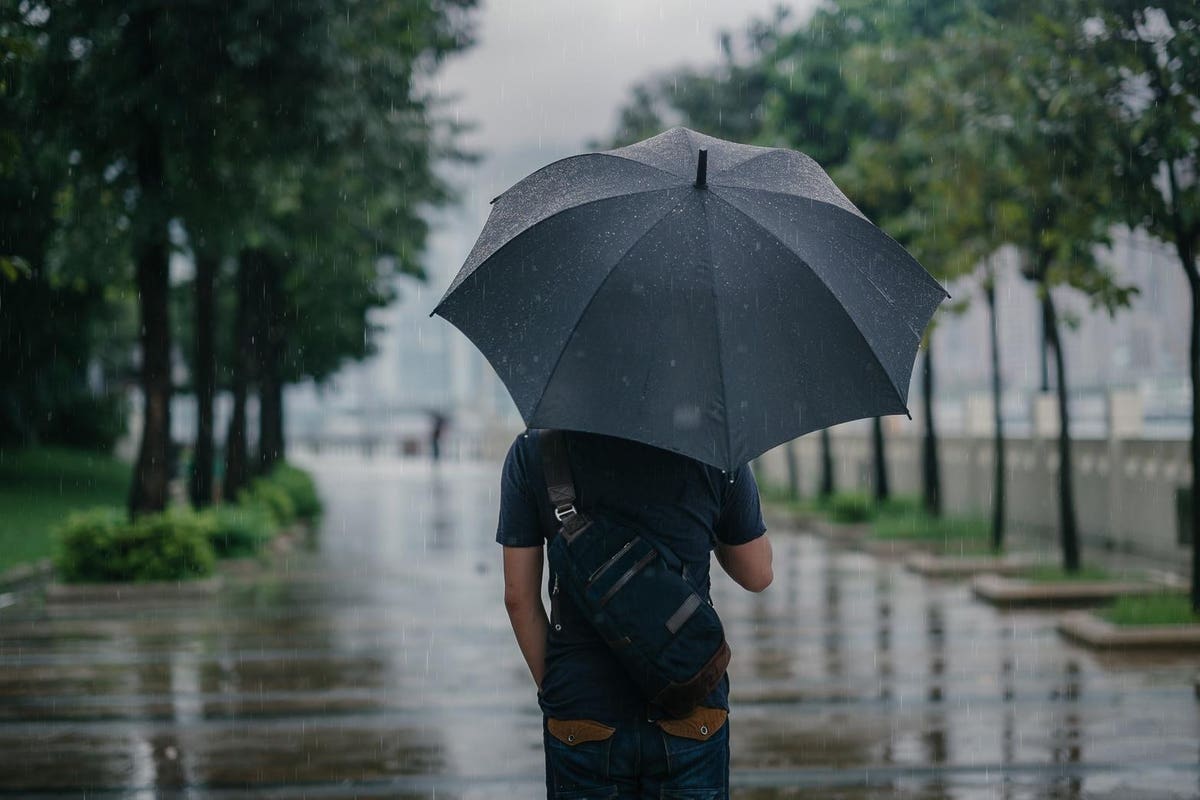 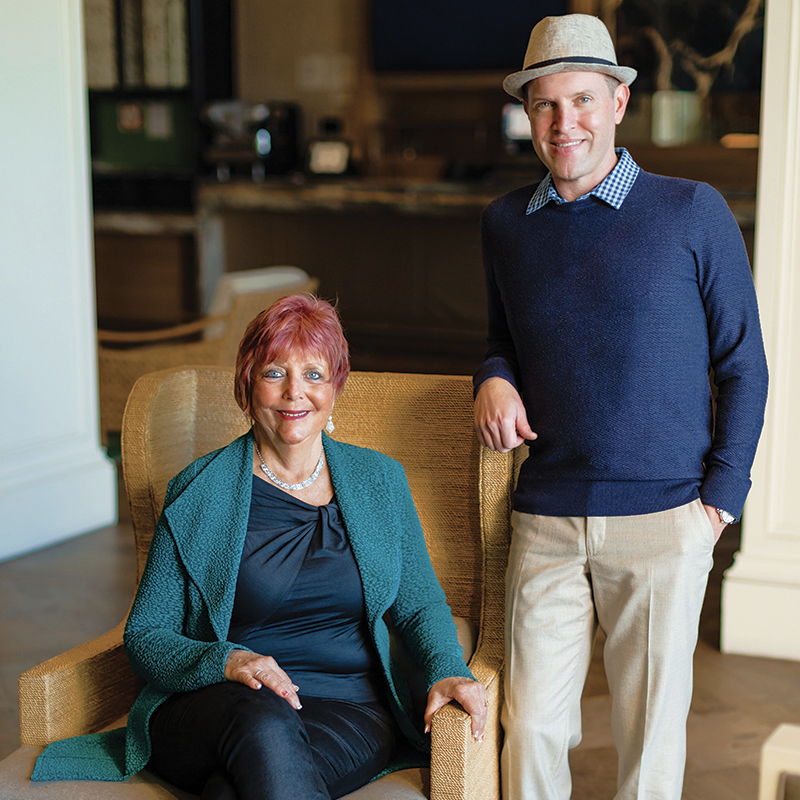