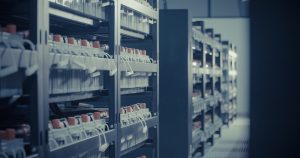 There is frequently confusion in terms of the concept of battery design life, as well as the warranty period that manufacturers offer on their batteries. Some batteries come with a stated design life of anywhere from five up to ten years, which means questions can arise if batteries do not wind up lasting the entire design life period, especially if they need to get replaced sooner than is anticipated. It’s crucial not to confuse these two ideas, given how warranty and design life are both very different.

Every battery has a design life which meets the EUROBAT Classification mandated parameters. That means that if there is consistent alignment with typical operating conditions, then the battery ought to last for the entire period which it’s designed for. Service life has a strong association with the actual working conditions that a battery would be put into. On the other hand, real-world typical operating conditions do not consistently line up with the theory.

These are the factors which impact the service life of an actual battery.

Temperature is the one environmental factor that impacts the life cycle of VRLA batteries more than anything else. Both field experience and laboratory work demonstrate that the optimal rule for determining the impact of temperature is that you can cut the life-cycle in half for every ten degree Celsius rise in the average operating temperature. For instance, if a battery would have a ten-year life at 20 degrees Celsius, then if it were operated consistently at 30 degrees instead, it would only last five years. If there are temperature fluctuations between these two different levels, then the life would get based on the time-weighted average of the temperature fluctuations. This typically is the primary culprit behind VRLA battery failure when they don’t wind up meeting their stated design life, and this holds true across all manufacturers.

An excessive ripple in the D.C. supply throughout a battery will have the impact of reducing both the performance and the life. It’s therefore suggested that voltage regulation throughout the system, which includes the load but with the battery being disconnected, in a steady-state condition, should be rated as better than +/-1% in any load from 5% up to 100%. Transient and various other ripple-style excursions might be accommodated, if the system peaks towards the peak then voltage stays inside +/-2.5% of the battery’s suggested float voltage. This includes regulation limits and when the battery is disconnected but the load is not. At no time should the battery’s flowing current, during a state of float condition operations, ever reverse into a discharge mode at any point in time.

These kinds of ripples happen when the load demands are out of sync with the rectifier capabilities, when the battery is being used for system stabilisation. There are a few static-operating UPS source in this style, and this condition is very similar to shallow cycling. Under such conditions, the normal characteristics of a battery don’t apply any longer, and it’s the responsibility of the manufacturer to offer optimal operating conditions.

It’s suggested that at user-discretion, that low-voltage disconnect features get used when equipment is being connected. It’s also recognised that there might come times, especially for reasons of system safety, that those maximum performance requirements would prevent the usage of any low-voltage disconnect features. In such cases, it might prove necessary to just replace the whole battery in the event of such a discharge.

If a failed battery is discovered and not replaced immediately, it’s probably going to put much more stress on the rest of the string, which means that the whole battery string might be getting undercharges or even overcharges from a UPS. In the long run, this will negatively impact the batteries and reduce their service life.

In summary, given how many environmental conditions and factors, which are beyond the control of the user or even the manufacturers, wind up impacting how fast batteries degrade, it should be concluded that the stated design life of any battery is really just an indication or guide as to the actual life cycle of a battery.

11. What Does It Truly Mean When Someo … out The ‘Design Life’ of Batteries.txt